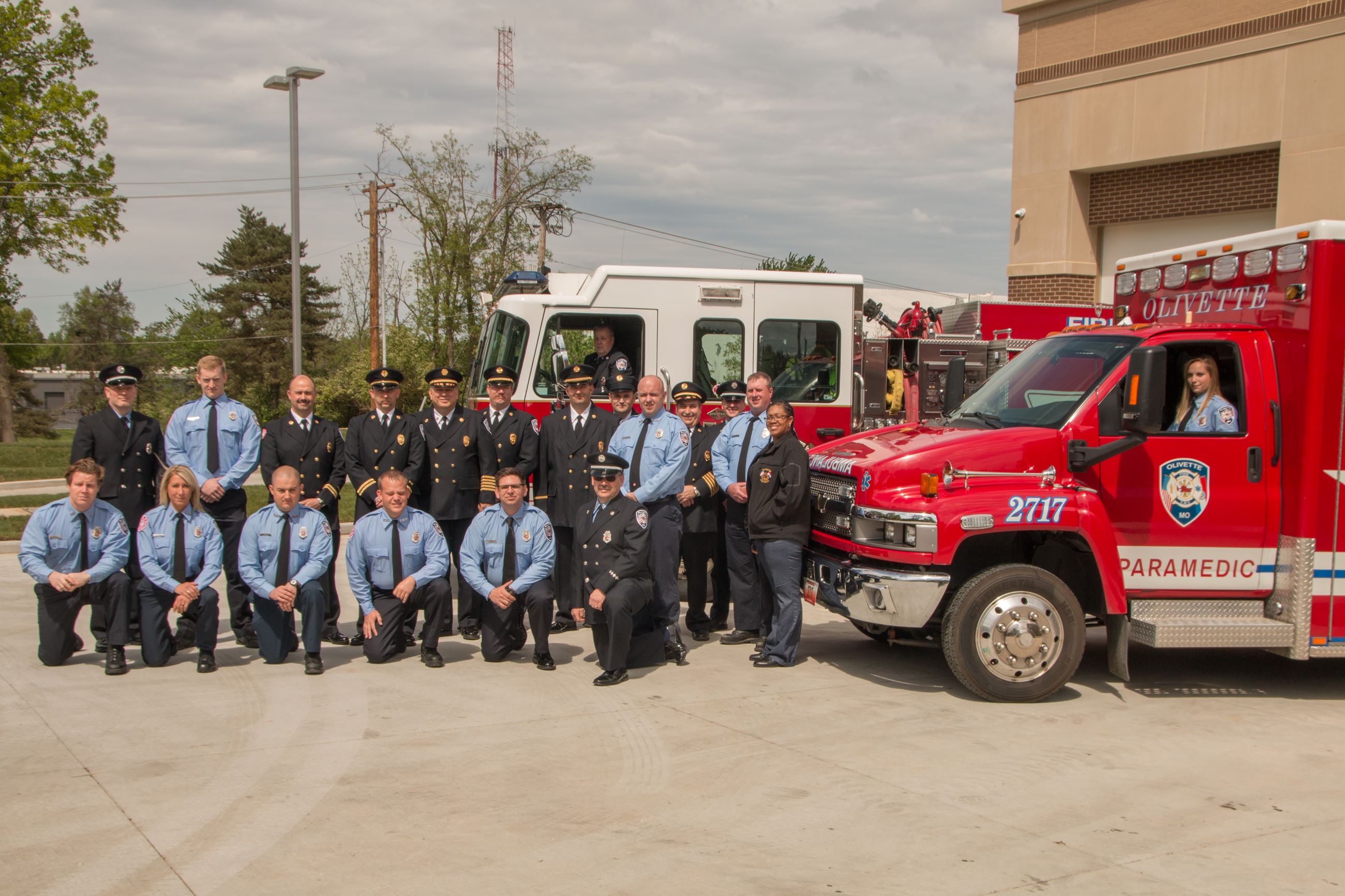 The concept of the fire department operating its own ambulance was introduced to the City Council on January 5, 2010, instead of relying on a private ambulance service for this important part of pre-hospital emergency care. On February 9, 2010, at the regularly scheduled City Council meeting, the City Council granted approval and authorization to proceed with establishing Fire Department-based transport.

The Olivette Fire Department contracted with a private ambulance service to provide EMS transport services since the mid 1980s after (St. Louis) County Ambulance disbanded. Although Olivette responded on all medical calls and provided first-responder, life support care by licensed Paramedics, the fire department did not have the ability to transport people to the hospital. The Olivette Paramedics would provide treatment/care and transfer that care to the private ambulance service for the trip to the hospital.

By Olivette Fire Department staffing its own ambulance, Olivette paramedics now provide advanced life support care from the place of the emergency to the hospital emergency room. The difference now means that once the Fire Department ambulance arrives at the emergency, transportation is immediate rather than having to wait for an ambulance to arrive later. It means that we can provide the best possible care to our residents while being fiscally responsible. It means that instead of users paying the private ambulance service for the transport to the hospital, the City recovers some of the costs associated with pre-hospital paramedic care as the City now collects the fee.

The residents and business community benefit from the Fire Department having its own ambulance. The Fire Department's average response time to an Emergency Medical Service (EMS) call was 3 minutes and 35 seconds. The private ambulance transport company reported 17.5% of the calls for service in Olivette did not have an ambulance on-scene for over 9 minutes in 2008. That means that for 128 calls for emergency service, Olivette paramedics were waiting with the sick or injured person for over 9 minutes before an ambulance arrived. By operating our own ambulance, there is no wait time once our ambulance arrives. This has a direct relation on how quickly someone gets to the hospital for definitive care.

Taking on an ambulance during those difficult financial times, was the right thing to do for our residents to provide the best service possible, while making good financial sense. With the City billing for services, just like the private ambulance service did, the collected fees pay for the ambulance, the supplies necessary for life saving measures, the fuel and upkeep and will offset some of the current personnel costs.

On October 21, 2010 the Fire Department accepted delivery of a 2010 "Traumahawk" Life Support Ambulance built on a 2009 Chevy C-4500 chassis. The unit was manufactured by American Emergency Vehicles located in West Jefferson, North Carolina.

The ambulance is staffed with 2 firefighters who are licensed by the State of Missouri as Paramedics. No new staff was hired to staff the ambulance; this was part of the restructuring of the department where existing personnel were reassigned to the ambulance. The City adopted the practice to hire only firefighters who also are licensed as Paramedics. The Olivette Fire Department, at the time, was the only fire department in St. Louis County to be 100% staffed with licensed Paramedics from the Chief to the newest employee.