Warning:  Your use of a computer can be monitored and it is impossible to complete clear your history from the device. If you are afraid your internet or computer use is being watched, exit this page now.  Please use a safer computer, or call the Domestic Violence hotline at: (314) 531-2003

What is Domestic Violence


Who Does Domestic Violence Affect?

To learn more about these forms of abuse, please view the Power and Control Wheel which shows the different ways abusers act, including less easily identifiable patterns of abusive behavior. 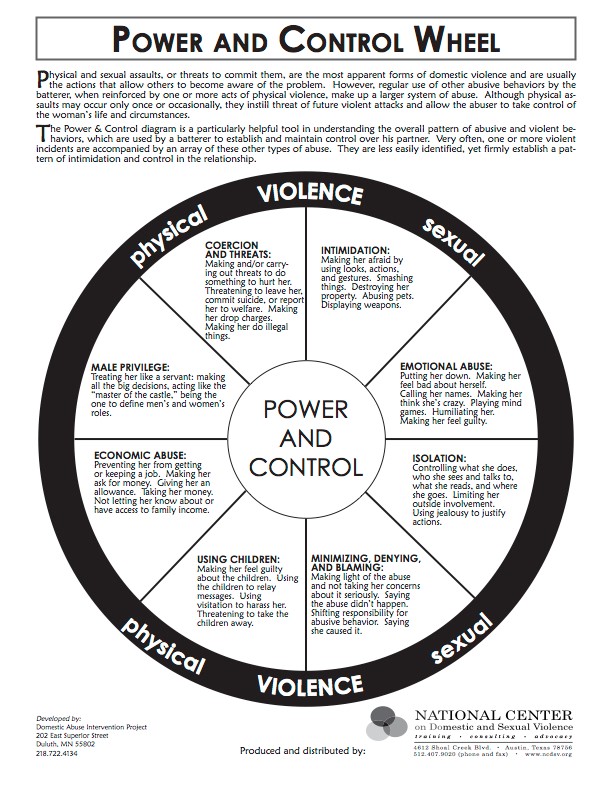 Abuse Often Develops and Escalates Over Time
It is not always easy to determine in the early stages of a relationship if one person will become abusive. Domestic violence intensifies over time. Abusers may often seem wonderful and perfect initially, but gradually become more aggressive and controlling. Abuse may begin with behaviors that may easily be dismissed or downplayed, such as name-calling, threats, possessiveness or distrust. Abusers may apologize profusely for their actions or try to convince the person they are abusing that they do these things out of love or care. However, violence and control always intensifies over time with an abuser, despite the apologies. What may start out as something that was first believed to be harmless (e.g., wanting the victim to spend all their time only with them because they love them so much) escalates into extreme control and abuse (e.g., threatening to kill or hurt the victim or others if they speak to family, friends, etc.).

Some examples of abusive behaviors include, but are not limited to:

What are my options if I’m a victim of domestic violence?